We want to ensure optimum use of our website for you, and to continually improve our website. Therefore, we work with selected partners (e.g. Pardot). You can revoke your voluntary consent at any time. You can find further information and setting options under „Configure“ and in our data protection information. 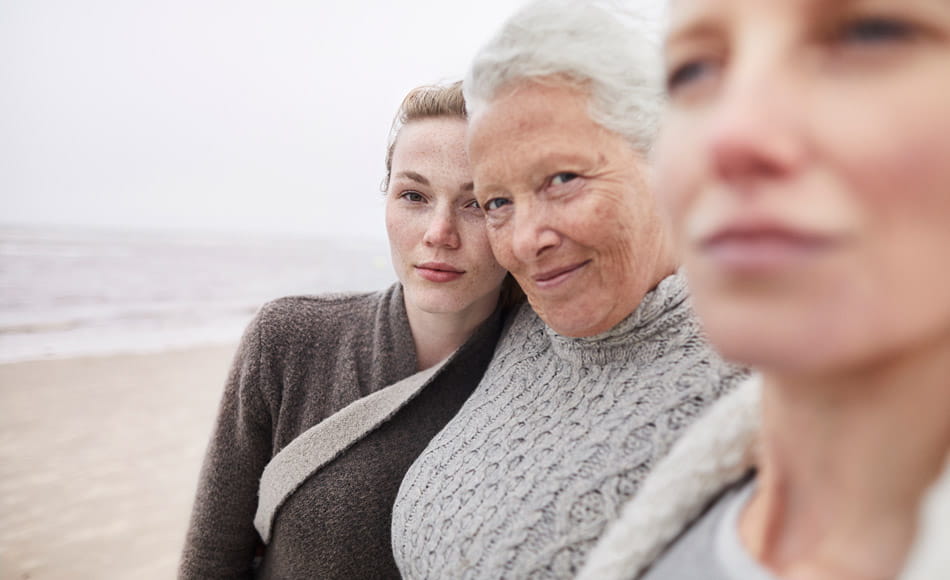 What types of brachytherapy can be used for treatment of this cancer type?

Brachytherapy is a type of radiation therapy to treat breast cancer. After surgery, brachytherapy is commonly used to kill any remaining cancer cells.1

High Dose Rate (HDR) brachytherapy can be given after the whole breast has been treated using external beam radiotherapy, known as whole breast irradiation (WBI). In this instance, brachytherapy provides a ‘boost’ of radiation just to the area where the tumor was.2

Alternatively, HDR brachytherapy can be used as the sole method of radiotherapy after surgery, known as accelerated partial breast irradiation (APBI). This provides targeted radiation to just the area around where the tumor was and can be completed much more quickly than WBI.2

Modern brachytherapy uses Computed Tomography (CT) images to control the position of the tumor and the radioactive source. This type of brachytherapy is called Image-guided or 3D brachytherapy.

How brachytherapy for this cancer type is performed. 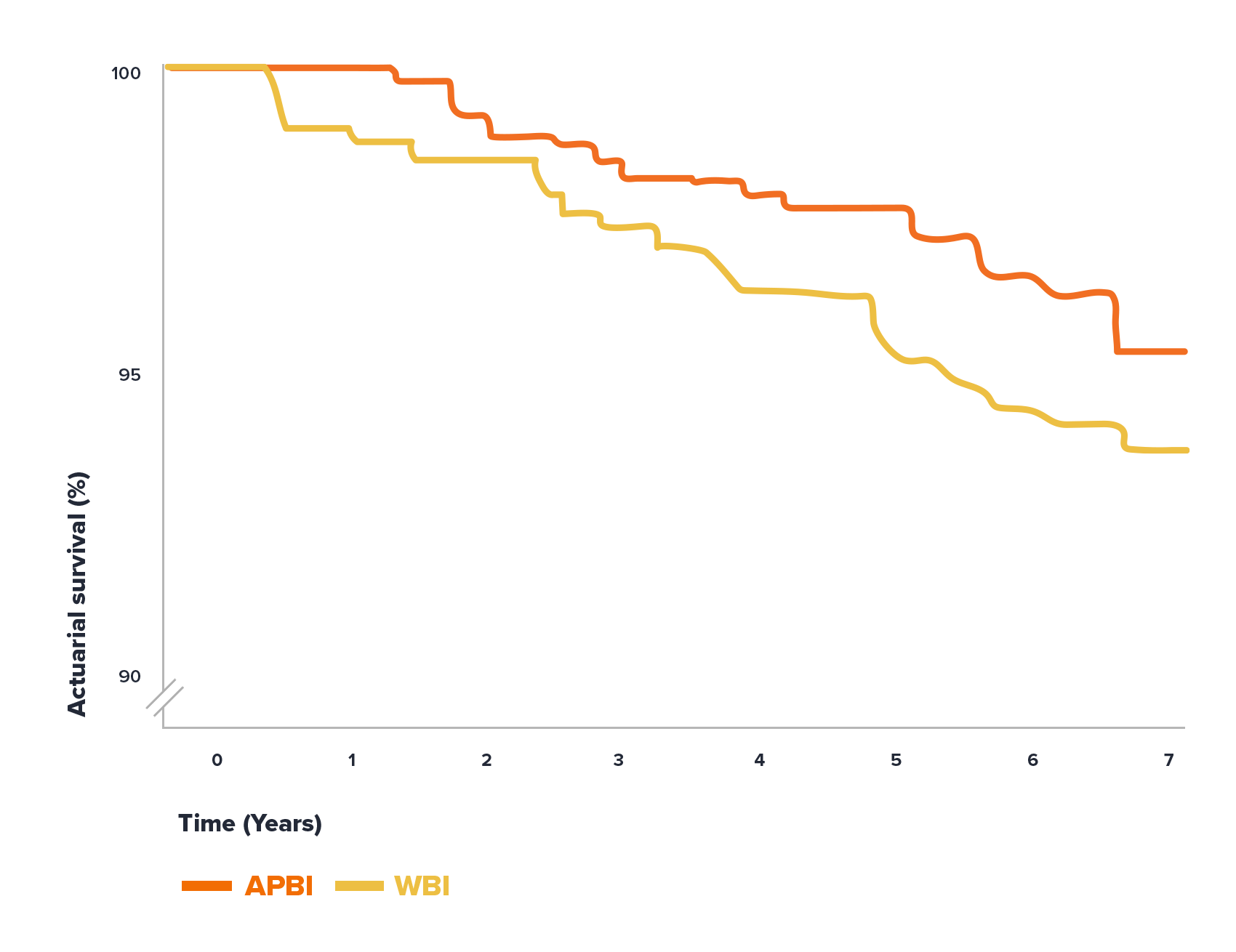 How effective is brachytherapy?

The European multicenter randomised trial compared treatment outcome of patients with early breast cancer treated with WBI and APBI. It showed similar results for both treatments after 5 years. Since with APBI only a small part of the breast is irradiated, APBI has advantages over WBI: less radiation dose to the heart (less risk of ischemic disease) and less radiation dose to the lungs (less risk for secondary lung cancer).3 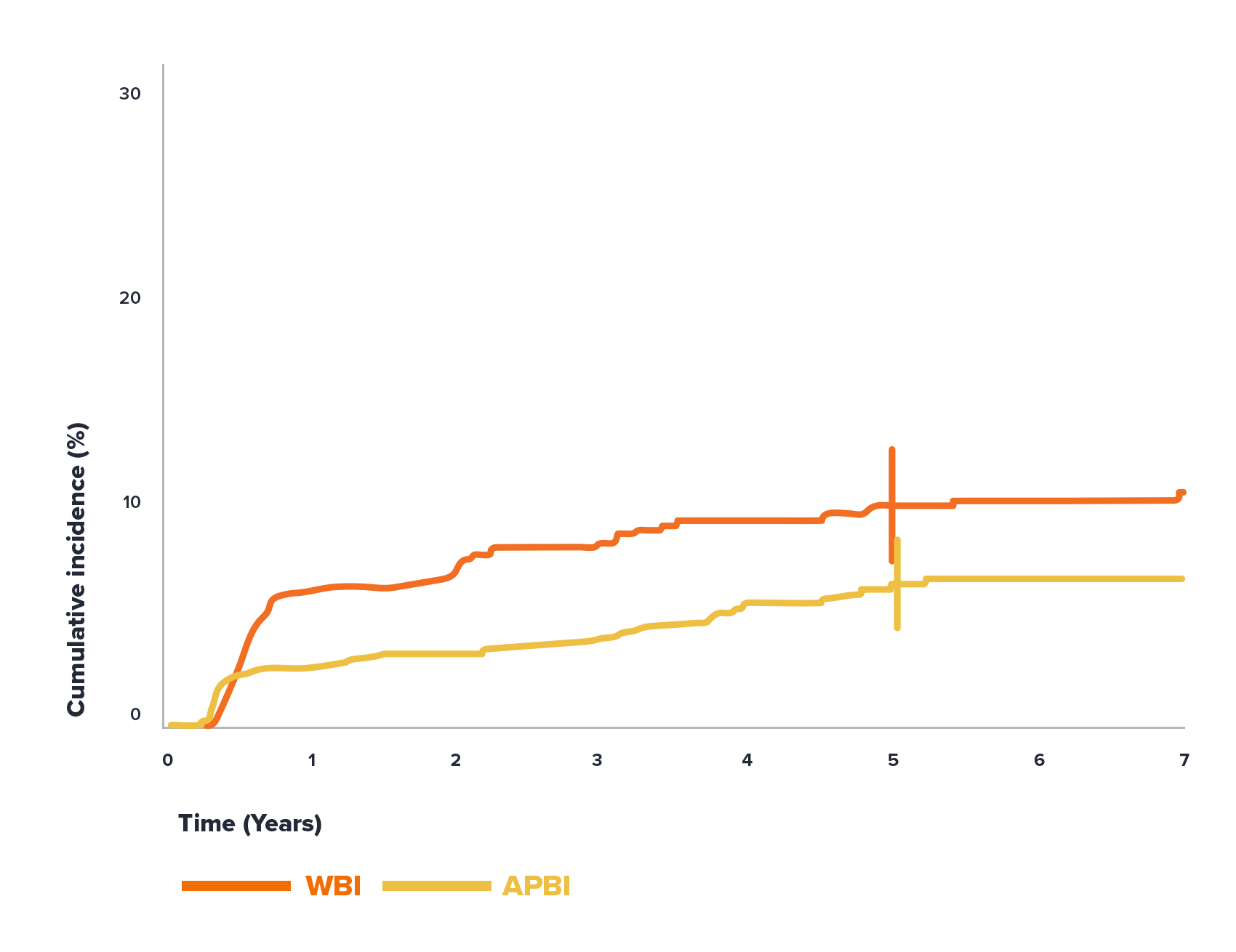 Another paper analyzed side-effects and cosmetic results in women who participated in the above mentioned European multicenter trial.

This clinical data supports the use of APBI with multicatheter interstitial brachytherapy as an alternative to whole breast irradiation.

Picture 2. Cumulative incidence of serious skin side effects in patients with early breast cancer treated with WBI and APBI4 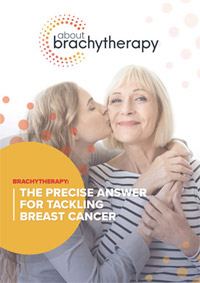 DISCLAIMER: Elekta is an equipment manufacturer and cannot guarantee a prospective patient’s experience or outcomes. Patient statements presented on this site reflect individual experiences and do not necessarily represent the experiences of all patients who undergo brachytherapy treatment with Elekta equipment or necessarily reflect the view of Elekta.

Nevertheless, there are a number of high-quality online resources that you may find useful. Among them, the American Cancer Society and the US National Cancer Institute have high-quality information resources that are multi-lingual and available worldwide.